The first castle was built during the 12th century, on a rise dominating the Dropt valley by Guillaume Amanieu, viscount of Bezaumes, Benauges and Gabardan.

In the early 14th century, Gaillard de Goth, brother of the first French pope Clement the 5th, owns the Duras castle. Papal money must have been useful for transform the castle into an impregnable fortress.  When she marries Arnaud de Durfort, Marquèse de Goth (niece of the pope and only inheritor) brings  to her husband’s family the lands of Duras as a dowry. They will take then the name of Durfort-Duras.The castle remains property of the same family until 1838.

Being situated on a strategic area during the Hundred Years War, the Durfort-Duras forged successive alliances with both kingdoms, England and France. The battle of Castillon in 1453 puts an end to this war, but the Durfort family embrace the protestant faith at the 16th century, so that King of France, furious, orders  an attack of the city. They will abjure this faith later, crushed by many years of civil war. This is the beginning of their social ascension; they become counts, marquis, dukes and finally Peers of France. The castle then becomes symbol of financial, military and political power of the Durfort-Duras.

Louise Félicité Victoire d’Aumont becomes princess Louise of Monaco when she marries prince Honoré IV of Monaco in 1795. Prince Albert II of Monaco honoured the city of Duras with a visit on the 4th of july 2017. Duras castle is one of the historical sites of Monaco.

After centuries of conflict, the castle is extensively remodelled at the 17th and 18th centuries and becomes a much more comfortable mansion inspired by the Renaissance, surrounded by french style gardens.

The Château is plundered during the French Revolution and abandoned for many years, the city of Duras finally buys the ruins in 1969 at a public auction. Ever since then, it is being restored in order to bring back its magnificence.

The castle ‘s basement has been partly transformed into an archaeological and ethnographic museum. 5 rooms are dedicated to archaeology and country life at the beginning of 20th century. You can discover objects about daily life, agriculture, cooperage trade, plums culture, and viticulture. Hundred  of tools and objects used in the past centuries can be seen. 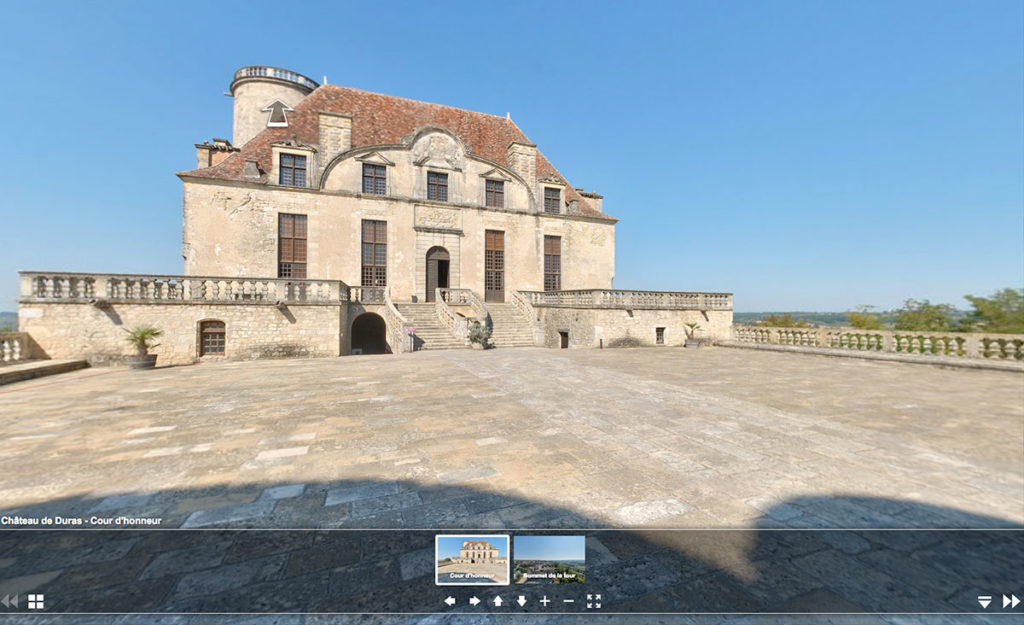